Starting with Nextcloud 10, it is possible to plug custom two-factor auth apps into Nextcloud’s authentication system. One of the most popular second factors is TOTP, also known as Google Authenticator, for which I have created a 2FA provider app for Nextcloud.

TOTP – how it works

TOTP is an example of a hash-based message authentication code (HMAC). It combines a secret key with the current timestamp using a cryptographic hash function to generate a one-time password. The timestamp typically increases in 30-second intervals, so passwords generated close together in time from the same secret key will be equal.

Installing and enabling the app

You can grab the latest version from the app store, from within your Nextcloud’s admin web interface. Alternatively, you’ll find a packaged version of the app on the project’s GitHub page. 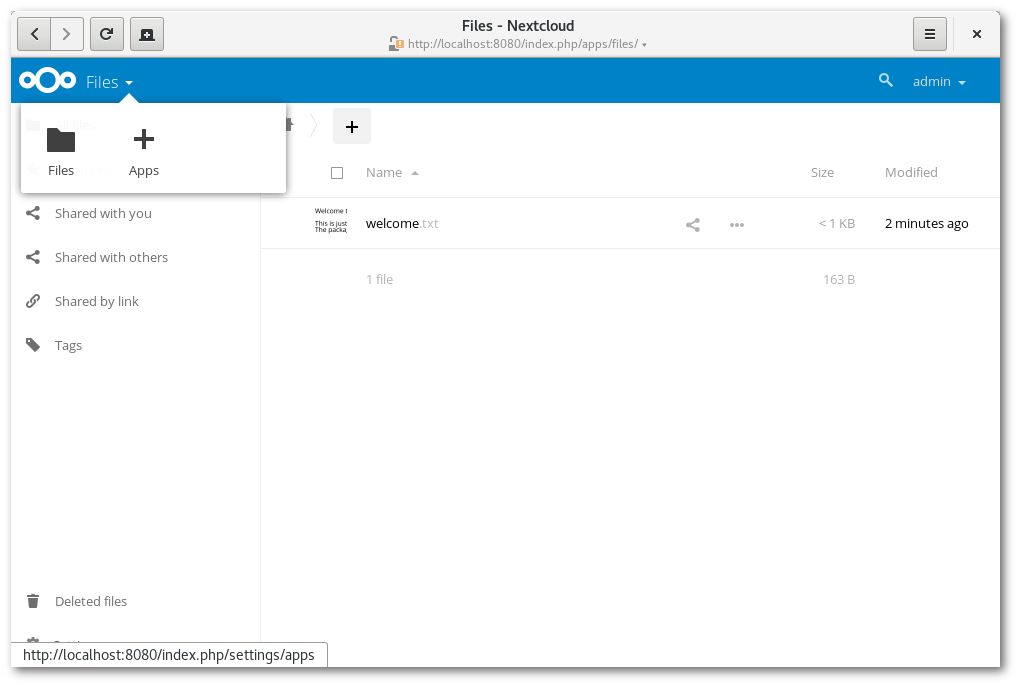 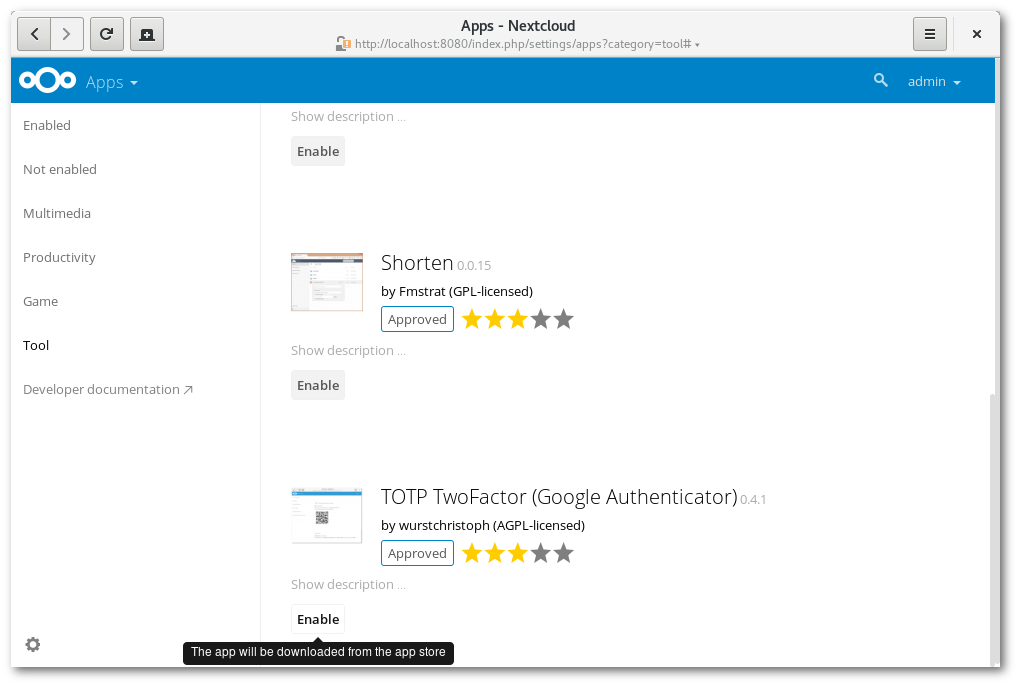 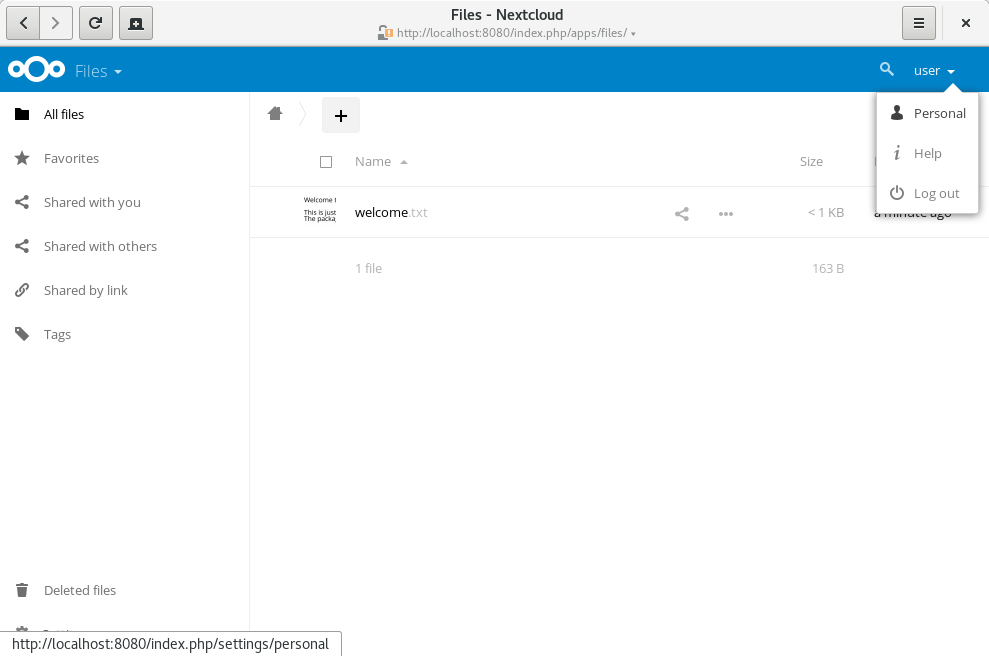 You’ll see that the TOTP second factor is still disabled for your account. If you haven’t installed a TOTP app yet, this is the step where you’ll need one. Personally, I can recommend OTP Authenticator, which is available on F-Droid. There are many other apps you can use, like the proprietary Google Authenticator for Android and iOS. 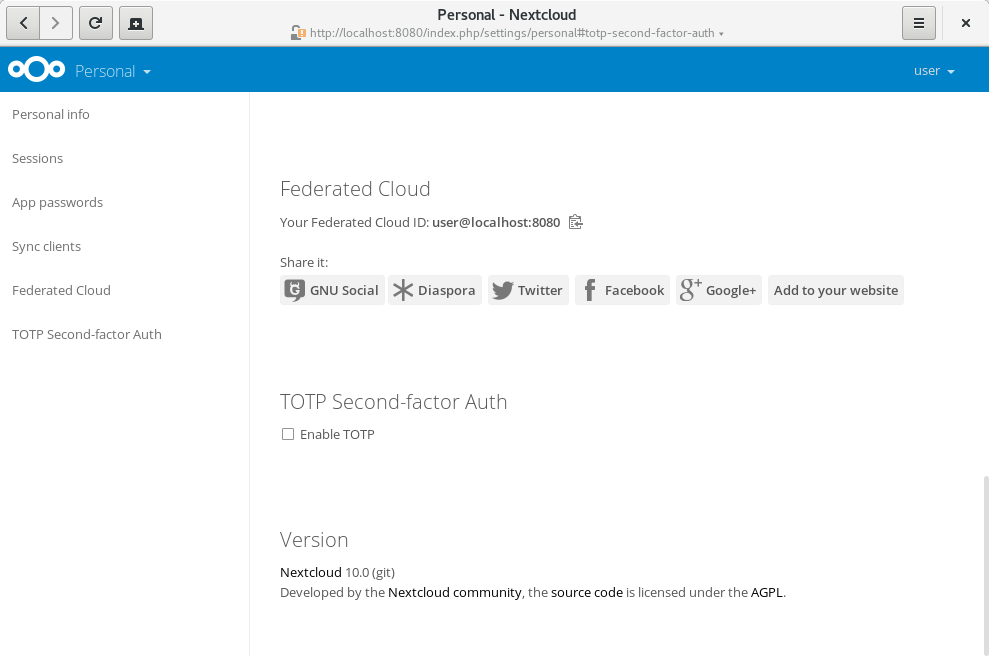 Now, click “Enable TOTP” to generate a new secret. You’ll see the secret and a QR-code, that can be scanned by your TOTP app: 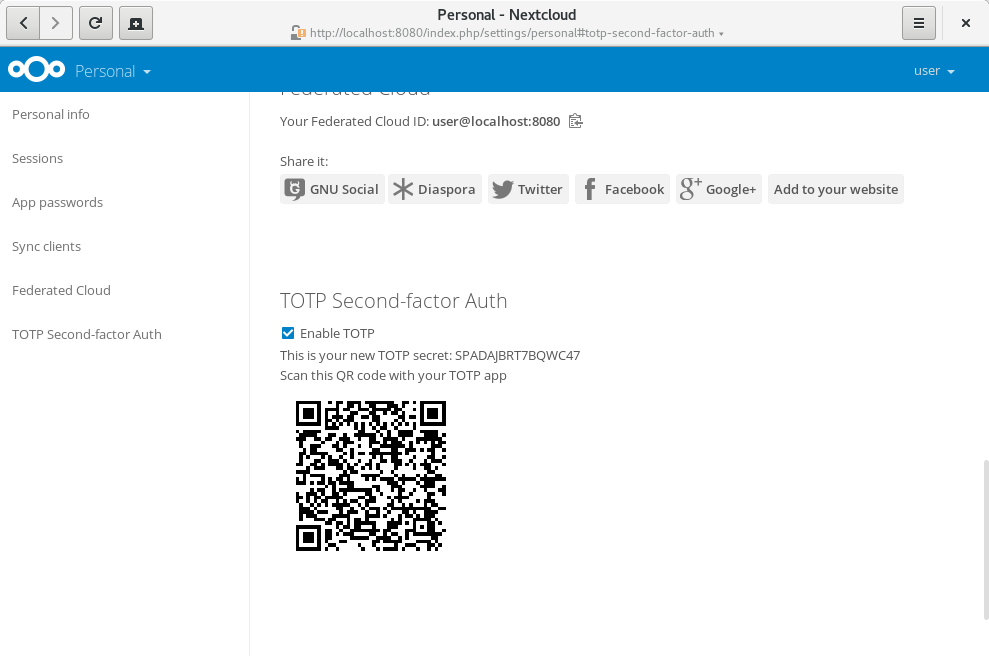 Depending on which TOTP smartphone app you’re using, type in your generated secret or scan the QR code. And that’s it. Now your account is protected by a second factor.

Logging in using a TOTP code

Now let’s log out and in again to see the 2FA challenge: 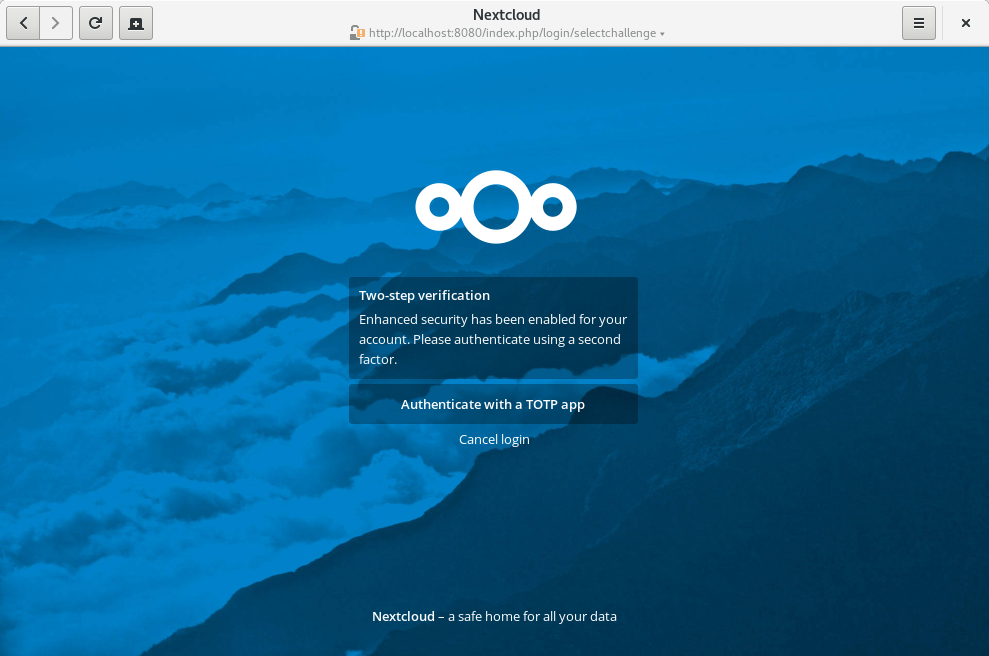 Select the TOTP provider. Next, you’ll be prompted to enter a TOTP code. So grab your phone again, open the TOTP app and enter the 6-digit code that has been generated for you: 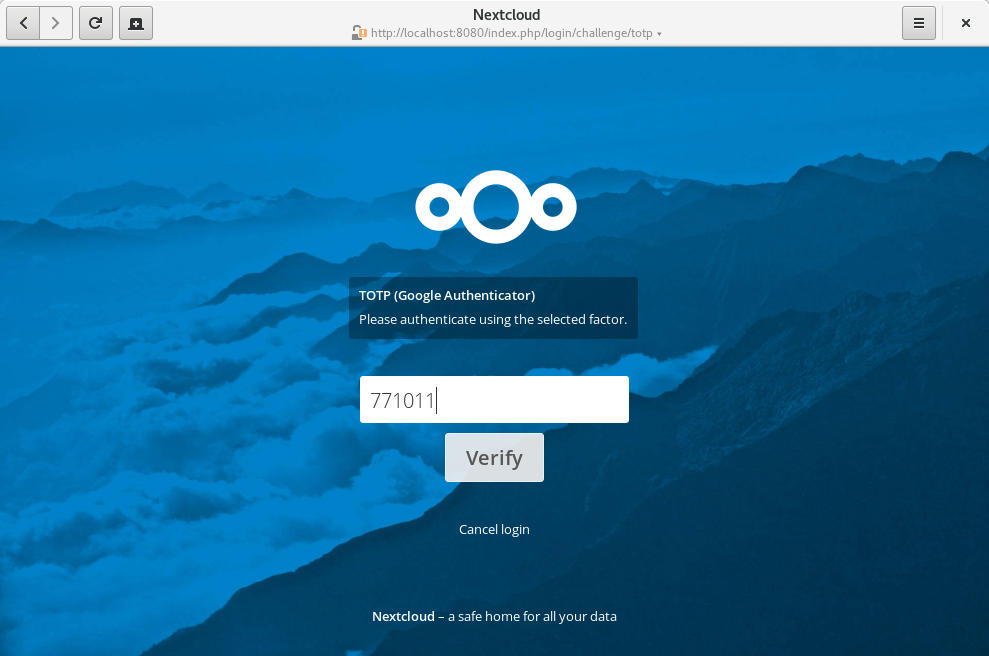 If everything was set up correctly, you’ll be redirected to your Nextcloud account. Since the code is time-based, it’s important that your server’s and your smartphone’s clock are almost in sync. A time drift of a few seconds won’t be a problem.

Based on the feedback I already got, I’ve made some small enhancements that will be included in Nextcloud 11:

Please let me know about any other problems on GitHub.

Similar to some other programming language and environments, php is subject a form of the dependency hell. That means only one version of a class can be load...