Sentry is an application crash reporting tool that collects and aggregates application crashes from various frameworks and programming languages. I’ve been using Sentry’s PHP SDK for a few Laravel projects. So far, this has helped me track down bugs that possibly would have gotten lost in log files which I rarely look at. Moreover, the Sentry SDK captures a lot of additional information about the crash like user IDs, application host and URLs. You can even set breadcrumbs to know which actions the users did before the app crashed. After the gathered information has been processed you can inspect it via a web user interface: 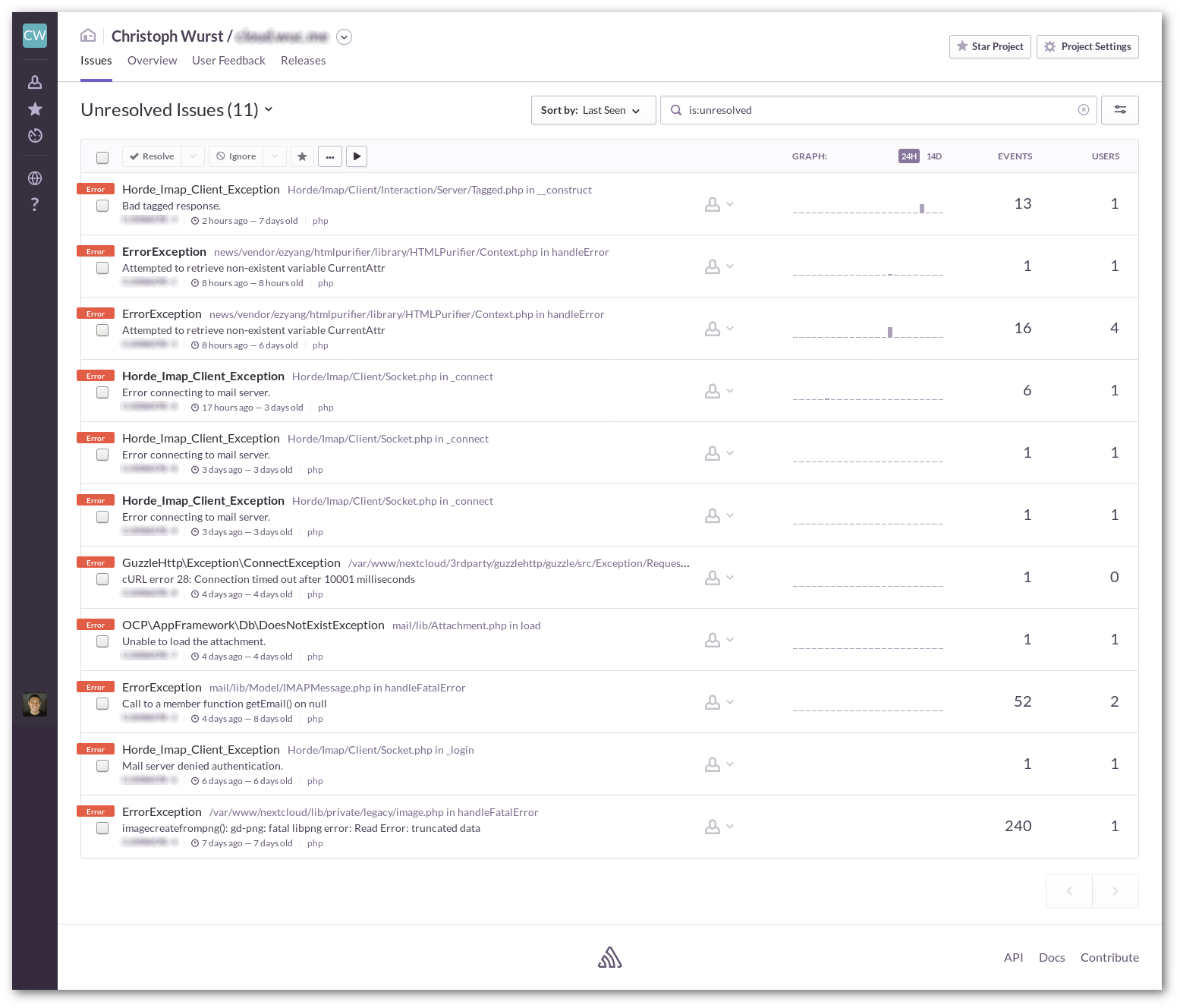 I’ve been thinking about a Nextcloud integration for a long time, but never really found the time to actually do it. Until last Sunday, where the weather was quite bad and I had nothing better to do than spending the afternoon on building such an integration 🤓.

The integration was implemented as a Nextcloud app. The app is pretty small, as only a few lines of code were necessary to bootstrap the Sentry client and listen to unhandled exceptions. The more tricky part was to find a spot in the Nextcloud server component to hook into and listen to those exception reports. Since no such mechanism existed, I had to add it myself. After digging into the exception handling in Nextcloud, I’ve found out that almost all exceptions are somehow handled. That means the default exception/error handlers PHP allows you to listen to don’t get triggered. However, Nextcloud almost always logs those exceptions to the ILogger interface. A little modification to the logger implementation allows apps to register crash reporters that will be triggered for any handled and logged exception. Nextcloud 13 will be the first release that supports these reporters.

The Sentry crash reporter app for Nextcloud will be available on the app store as soon as the app certificate has been generated. In the meanwhile, you can check out the code on GitHub.

If you have any questions or suggestions, please let me know in the GitHub issue tracker!

The Wahoo Elemnt companion app pulls workout files off my bike computer in the .fit file format. The workout can then be viewed, uploaded to a number of seri...